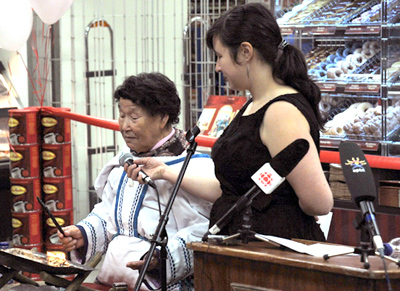 Iqualuit has finally entered the mainstream of Canadian culture by opening its own Tim Hortons. It may be just a self-serve kiosk, but it’s a Tim’s and the locals love it. A local Inuit elder even lit a candle and said a prayer at the grand opening.

The Iqaluit location is one of three Tim’s locations opened in Nunavut.