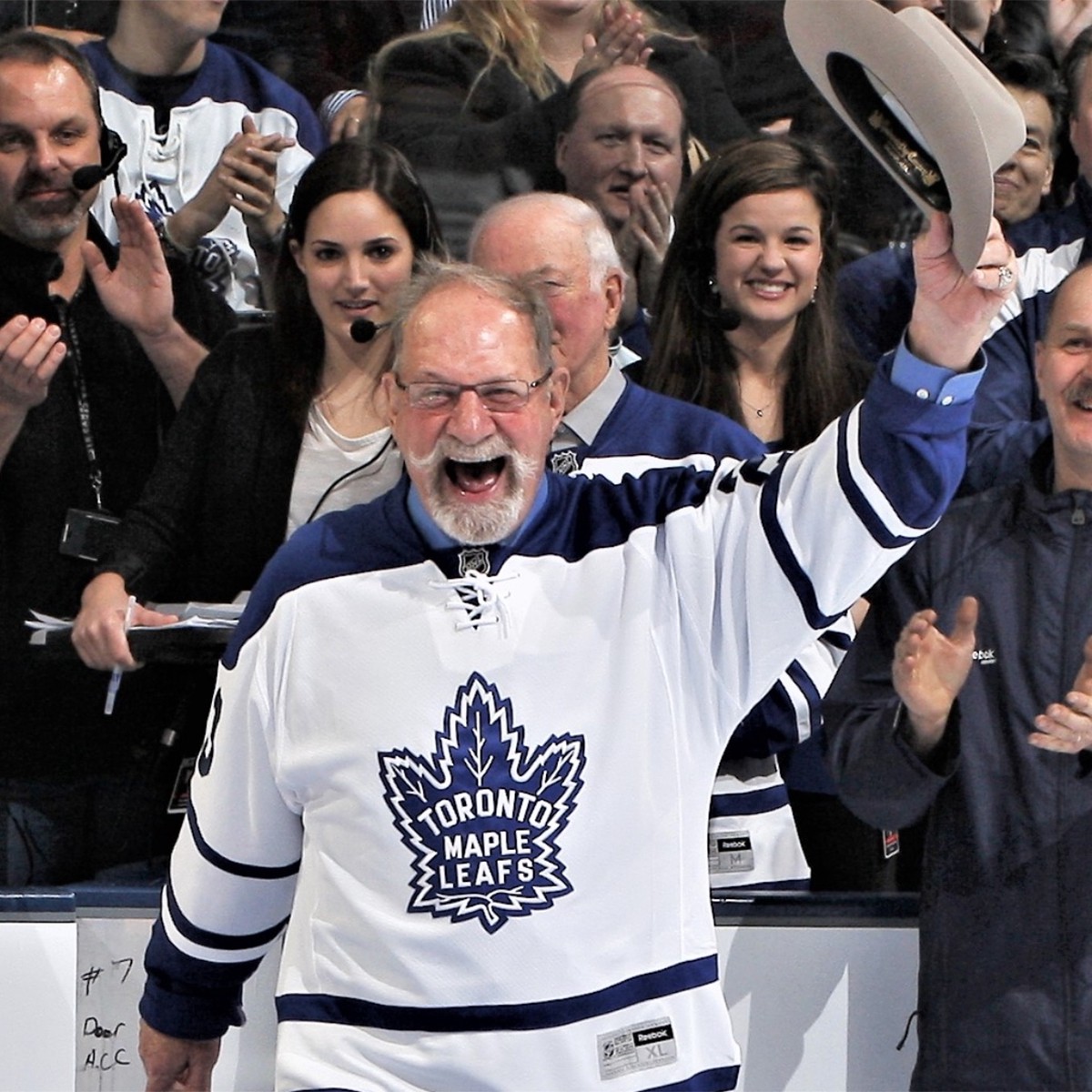 A few days ago I heard that Eddie Shack died at the age of 83.

I was never a fan of the Leafs, but it was hard not to be a fan of Eddie Shack.

About a decade after Shack had retired (in 1975) I was involved up to my wahzoo in minor hockey. I think it was in 1985 that Woolwich Minor Hockey hosted a Provincial Championship Tournament, and being on the executive I was in charge of making arrangements for the tournament.

There were the usual ceremonial introductions, a dinner for the 4 teams (representing different provincial associations) and of course the hockey games.

One special event we threw into the mix that year was a “celebrity” game. We searched around for a guest of honour. The local guys (Sittler, the Seilings) didn’t work out. But then there was Eddie Shack. He lived just about an hour or so away, north of Toronto. And for a small price he agreed to come, play in the “celebrity game” and say a few words to the players after the championship had been settled.

Snow Storm
My memory of that day is pretty sketchy. But I have this vision of Eddie’s big car (he liked big cars) parked out in the middle of the road beside our house in Conestogo while the snow came pelting down. It was one of those late winter blizzards.

I also have an image of him sitting around our kitchen table discussing the event before we headed out to drive the 10 miles or so to the arena. Eddie as usual was friendly and congenial, and certainly focused on the task at hand.

The “celebrities” in the game included Eddie, the town mayor, a few councillors, the Regional Chair (Ken Seiling), and a few representatives from Woolwich Minor Hockey, including (of course), me.

And as the organizer of this grand spectacle I took it upon myself to select the teams, and, more importantly, the lines. Needless to say, it just happened that I ended up on Eddie’s line.

I don’t remember anything about that game other than watching Eddie flash around in his trademark style, and trying to (sort of) keep up with him (which was obviously impossible).

In the end I think our team “won” the game, and we all had memories to cherish into our old age.

Meeting in the Hall

The other image I have of that day was meeting with Eddie in the hallway after the game and squaring up with him (ie., paying him).

I thought we had agreed that Eddie would do a post game one on one with the winners of the tournament, but Eddie didn’t remember that part of the deal. Eddie liked to keep such arrangements fairly loose. He was on his way out the door, and it was only by agreeing to give him an extra $100 or $200 that I got him to stick around.

I can’t remember how I massaged that one with the tournament committee.

In the end it was a fairly memorable day, and gave me a pretty good feeling for what a down-to-earth guy Eddie Shack was.