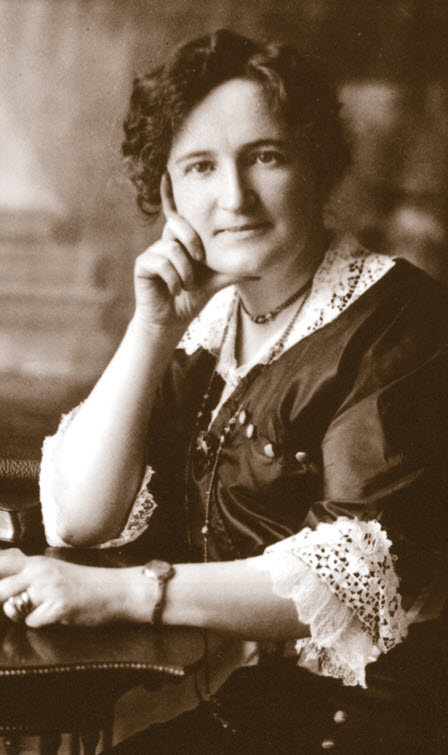 Nellie McClung was an activist and “suffragette”, elected to the Alberta legislature in 1921.

This article is about the development of “responsible government” and universal suffrage (the right of all adults to vote) in Canada.

The granting of responsible government – where citizens rather than autocrats made decisions about governance – was a process that took place in the 70 years between American independence (1798) and Canadian Confederation (1867).

The right of ordinary citizens to vote, however, was an ongoing process that reached well into the 1900s.

Impact of American Independence,
American independence is important in this story because it marks a major point in the development of the northern British North American colonies. They were transformed from what was mostly considered a source of raw materials (furs, lumber, minerals, etc.) within an essentially indigenous environment to settlements with their own distinct culture and governance.

During and after the American Revolutionary War significant numbers of loyal British subjects moved from the American colonies to what soon became the Canadian provinces of Ontario, New Brunswick, Nova Scotia, and Prince Edward Island. Southern Ontario in particular was transformed by these “loyalists” (and other European immigrants) from a frontier wilderness in the late 1700s, occupied mostly by indigenous tribes and French speaking fur traders, to a region in the early 1800s with developed towns and roads, and a uniquely British flavoured culture.

British rule
Until the early 1800s these colonies – what eventually became the provinces of Canada – were ruled quite directly by the British government and their appointed representatives in British North America. In other words, the “people”, i.e. the citizens of the colonies, had very little say in how the colonies were organized and run from day to day. The privilege of running things belonged to appointed governors along with their advisors and staff.

Of course these advisors were chosen from the privileged members of the community. Not the “common” men and women. Not the riff raff. As with virtually all political appointments, they went only to men (definitely not women) who would toe the line and carry out policies that were put in place by the governors of the day.

Changes in the early 1800s
This sort of autocratic government began to change in the early 1800s. The British crown was becoming less and less interested in devoting resources to organizing and defending the British-ness of the colonies. The fur trade had also become significantly less profitable. So the incentives for maintaining control of the colonies had waned considerably.

The British had also developed lucrative trade ties with the newly independent American states, demonstrating that the economic advantages of “owning” and developing colonies were less and less obvious.

As the population of the British North American colonies grew, so did the movement among the population to control their own affairs. Among other things the War of 1812 had proven that the British army and navy could not, or would not, provide adequate defence against the American desire to control the entire continent. It was only through the mobilization of local militias, along with the help of indigenous fighters, that Canadian independence was saved.

Act of Union of 1840 and Beyond
The call for increased “responsible government” grew in the early 1800s, and actually broke out in armed rebellion in the late 1830s in both Upper Canada (Ontario) and Lower Canada (Quebec). With the Act of Union in 1840 Upper and Lower Canada were unified under a single parliament with equal representatives from the two provinces. The provinces became known as Canada East (Quebec) and Canada West (Ontario).

Responsible Government – 1848
It wasn’t until 1848 that “responsible government” became a reality, when the elected legislature was given the power to change its own role in government. As a result, many of the contentious parts of the 1840 Act of Union were done away with. In particular, this included attempts by the Act of Union to downgrade the role of the French language in Canada East (Quebec). By working with legislative members from Canada West (Ontario) the elected assembly was able to restore the official status of the French language in Canada East. This was a significant example of the way “responsible government” gave citizens the ability to control their own country.

The Struggle for Universal Suffrage
Ever since the practice of electing representatives in the various provinces was introduced, voting was restricted to a small number of citizens, viz, to men who owned property over a certain value – a relatively small number of citizens. This meant that the elected assembly continued to be controlled by wealth and privilege. As in virtually all elected assemblies, the members saw it as their role to maintain the stability of society by maintaining their own privileged position in it.

In Canada’s early history, voting was messy business. Rules of how elections were to be conducted, and who could could participate, varied from province to province. Standardized voting rules across Canada were gradually introduced in the late 1800s, but these rules maintained previous exclusions (women, indigenous people, government employees), continued the property requirements, and in some cases expanded the exclusions to certain “races” of people (e.g., persons of “Mongolian and Chinese race”) and to provinces where they didn’t previously exist. This practice was standardized in 1898 when “from Atlantic to Pacific, only males age 21 or over who were born or naturalized British subjects were qualified to vote.”

Universal Suffrage – 1920-21
Giving the power of the vote to the entire adult population (including women) did not happen until well into the 1900s. By 1918 women could vote in federal elections, but the property and race requirements remained. This was changed, at least federally, in 1920:

“At the federal level, the Dominion Elections Act of 1920 provided access to the vote without reference to property ownership or gender — age and citizenship remained the only criteria. Provincial control of the federal franchise was now a thing of the past. The general election of 1921 was the first in which nearly all Canadian men and women over the age of 21 could vote. Agnes Macphail won a seat at that election and became the first female member of Parliament.”

Exclusions based on race
Certain racial groups continued to be excluded from voter lists. This was especially the case in British Columbia where well into the 1900s people with Japanese, Chinese and “Hindu” background were excluded from provincial voter lists and therefore could not vote federally. Some of these exclusions were extended to the rest of Canada because of WWII, and they remained in place until 1948.

Indigenous people in Canada (First Nations, Inuit and Metis) were also excluded from voting, and for a variety of reasons. The process called “enfranchisement” allowed First Nations people to become “non-status” Indians by giving up their Indian status (essentially living on a reservation), and they were then subject to the same laws as ordinary Canadians. First Nations persons who fought in WWI were given the vote in 1924, as long as they didn’t return to the reservation. Metis were treated like ordinary citizens and were never excluded. Innuit were given the right to vote in 1950, and First Nations people finally got that right in 1960.