Home  »  Politics   »   The success of the conservative message in the U.S. 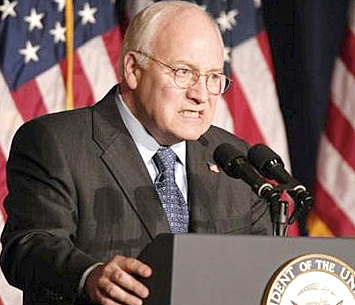 The success of U.S. conservatives to carve out a respectable place in the hearts and minds of Americans is one of the most under-reported stories in American politics of the last thirty or forty years. It is nothing less than the gradual domination of the media by increasingly reactionary conservative pundits and spokespersons.

While radio talk show personalities like Rush Limbaugh and Glen Beck never tire of talking about the “liberal dominated media”, the fact is that – in spite of what may have been the case in the 60s and 70s – today the U.S. media are populated at every level by reporters, pundits, talk show hosts, managers and network owners who either reflect a “conservative” point of view or find it useful and profitable to take that position in their reporting and programming.

Why did this happen?

There are many reasons why conservatives have come to dominate the media in the U.S. One of the most important is that American conservatives have been prepared to dumb their message down into a series of strident, often overly simplistic, sometimes dishonest talking points. Why? Because they’ve found it works. It plays well on TV and radio. And it plays well with corporate sponsors – the big businesses who ultimately benefit most from reactionary conservative policies.

Things like “smaller government”, “reduced taxes”, “family values”, “individual responsibility”, “sound fiscal management”, “support for our troops” and many more basic concepts that lend themselves to simplistic media coverage. It doesn’t matter that most of these things have no connection with real life, that leading Republicans like Newt Gingrich have made a mockery of “family values”, or that Rush Limbaugh turned out to be a drug addict, or that George W. Bush, Donald Rumsfeld and Dick Cheney sent troops to Iraq in insufficient numbers and with inadequate equipment. Oversimplified ideas presented in black and white always make for good media coverage. Because the media don’t have time to actually present ideas, explain things in any depth, or discuss them in any detail.

Liberals on the defensive

To go along with the over-simplification of issues, reactionary conservatives never miss an opportunity to vilify anybody who doesn’t agree with their narrow view of the world. “Liberals” are the constant target. In the age of confrontational “reality TV” this also plays well for the masses.

To reactionary conservatives like Limbaugh, liberals are unpatriotic, elitist, immoral, disrespectful of tradition, and downright dangerous because they dare to question things like the Bush administration’s conduct of the Iraq war, or tax cuts that favour the rich. And because there are enough people listening to this constant harangue from reactionary pundits and right wing religious zealots many ordinary people have actually come to believe what is being said.