I get shivers just thinking about Attawapiskat. Shivers as in cold and damp. The Indians of that community may have a long long history of living out there in the elements near James Bay, but I just can’t believe that makes it any more pleasant. This really is one of the big problems with communities
Read More
I haven’t bothered following NHL hockey for many years. I will occasionally watch a big game, like the final game of the playoffs, but not knowing the players makes it pretty uninteresting. What impresses me when I do watch is the speed and skill of the players. Having been involved in kids hockey, I know
Read More
The recent horrendous slaughter of children at Sandy Hook school in Connecticut has once again sparked serious debate about gun control – mostly in the U.S., but in other countries (including Canada) as well. A few days ago, when I went to the Christmas concert at the school where five of our seven grandchildren attend
Read More
I had this thought the other day: that being a stroke victim must be something like being in jail. You can see people moving around out there, doing (more or less) what they want, but that freedom just isn’t available to you. You think “I can do that”, but in fact you can’t. You just
Read More
Anyone who has had a stroke and has a realistic chance of recovering all or some of the faculties they’ve lost becomes something of an expert in various therapies. Of course the therapists I’ve known and worked with at agapetc.com are all sincere, dedicated and well-meaning to be sure – are pretty unanimous in saying
Read More
Last spring, May 26, 2012, my life was changed in just a few seconds. Early in the evening, after a fairly uneventul day, I had a stroke. It did not seem especially catrostrophic at the time. The symptoms, I am told, were fairly typical. A definite dizziness and disorientation – quite specific, related to an
Read More 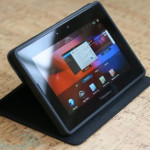