This video was recently produced by Pacific Wild and posted on the website Pipe Up Against Engridge. Oil in Eden: The Battle to Protect Canada’s Pacific Coast from Pacific Wild on Vimeo. Related Posts:B.C., Alberta First Nations oppose Enbridge pipelineTim Hortons in Iqaluit – entering the mainstreamCaledon quarry rejection may be good news for WoolwichAre
Read More
Canadians politicians and diplomats are generally relieved that the lastest disclosures from Wikileaks do not have much to say about Canada. Yes there are a grand total of 5 documents (out of a total of 2600) which contain some mildly critical comments and observations aimed at Canada. But that’s nothing compared to what they might
Read More
Here is an interesting article by Fen Montaigne on the warming of Antarctica and the melting of Antarctic ice. One would expect that signs of global warming would be most evident at the points with the harshest climates – the hottest areas on earth and the coldest. Especially the coldest. I have read elsewhere that
Read More
Since we’re talking about the monarchy a lot these days. I thought I’d make some proposals for “King of Canada”. I would like to see us start our own monarchy in Canada, and I can’t think of a better person than Don Cherry to serve as KofC. As we all know, Don even looks great
Read More
There’s an interstesting story about the Canadian cell phone business in the November (2010) issue of The Globe and Mail’s Report on Business. The focus of the article is on Egyptian billionaire entrepreneur Naguib Sawiris and his upstart wireless company called Wind Mobile. The revelations about the Canadian wireless industry are intriguing, to say the
Read More 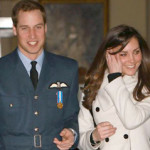 We’ve recently been bombarded with news of the upcoming British royal wedding between Prince William and Kate Middleton, and there is suddenly renewed interest in the British monarchy. The CBC, for example ran a phone-in last Sunday in which people were asked “Will the royal wedding renew interest in the monarchy in Canada?” (or something
Read More
So today the Conservatives in the Canadian Senate voted down the NDP’s climate change bill that had been bouncing around for years. Big deal. Harper haters are up in arms about what they see as the anti-democratic nature of the move. A bill passed by a majority of elected MPs has now been quashed by
Read More
After 13 years of fighting an application for the creation of a quarry in Caledon (near Mississauga) the OMB has turned down the application. The OMB ruled that the proposed Rockfort Quarry could possibly have a “catastrophic impact” on the surrounding environment if measures to guard against potential problems did not work. The Coalition of
Read More
In this article from the Globe and Mail called Does Ontario’s Green Energy Act pass the ‘net benefit’ test? the author, Jatin Nathwani from the University of Waterloo argues that there are serious problems with the Green Energy Act of Ontario. These problems put our entire electrical supply system in jeopardy and make its sustainability questionable. The most
Read More
Prime Minister Stephen Harper made it clear last week that it is likely there will be an extension of Canadian military involvment in Afghanistan. The government had previously committed to having all Canadian soldiers out of Afghanistan by the end of next July (2011). Has the government been misleading Canadians? Some media are interpreting this
Read More
In Flanders fields the poppies blow Between the crosses, row on row, That mark our place; and in the sky The larks, still bravely singing, fly Scarce heard amid the guns below. We are the Dead. Short days ago We lived, felt dawn, saw sunset glow, Loved and were loved, and now we lie, In
Read More
Canadian attack of Vimy Ridge, April 16, 1917 – Library and Archives Canada In an op-ed piece in the National Post Matt Gurney argues that Remembrance Day (November 11) should not be made a statutory holiday in Ontario . There are good arguments on both sides of this debate, but generally I agree with Gurney.
Read More
In his book Ethical Oil author and activist Ezra Levant argues that attempts to replace carbon based energy – in this case, oil from the Alberta oil sands – with renewable energy technologies such as wind and solar have been an “unmitigated disaster” [p207] in Spain, and by extension, other countries such as Germany. This
Read More
There was much consternation amongst UN observers, and a fair bit of self-satisfied clucking coming from UN-detractors over the proposed makeup of a powerful new United Nations agency aimed at promoting equality for women. Countries like Iran, Saudi Arabia, Pakistan and some questionable African countries with terrible records on women’s equality have been lobbying to
Read More
In Part 1 called How Conestogo Got Its Name – Part 1 I offered some background into the relationship between Conestogo Ontario and an area in southeastern Pennsylvania where the name originated. Actually it is not correct to suggest that Conestogo Ontario was named after the town called Conestoga in Lancaster Pennsylvania. As I mentioned
Read More
A 400-year-old book described as “the first written history of Canada”, and containing one of the earliest and most treasured maps of the country is scheduled to be sold this month at a British auction of rare volumes and historic manuscripts. Marc Lescarbot spent two years in New France shortly after the first settlement in
Read More
I admit it, I know nothing about Facebook Credits. This just shows how online gaming-challenged I am. Facebook Credits are the “official currency of Facebook”, used in more than 200 online Facebook applications such as Farmville, YoVille and Cafe World, none of which I know anything about. The more interesting thing about this (at least
Read More
Growing up in Canada only 10 miles or so from the American border, I’ve always had an ambivalent feeling about the anti-American sentiment expressed by many Canadians. My initial experience of the U.S. was Buffalo, New York, a decaying industrial city just over the border. Buffalo had grubby old factory buildings, real movie theatres, powerful
Read More
The federal government today announced that it was rejecting the hostile takeover of Potash Corp. of Saskatchewan. This bid had been in the works for almost 3 months and has created quite a fuss in Saskatchewan. Prime Minister Stephen Harper had previously indicated that he considered the takeover a fairly routine buyout of a company
Read More
If you were expecting the arrival of the Chevy Volt to be the beginning of the electric car revolution you’re going to be disappointed. Back when GM was on the verge of collapse the Volt was put forward as GM’s answer for the future. But more than two years later the Volt has turned out
Read More