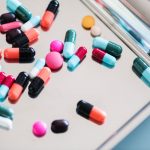 This is an interesting podcast of a conversation Sam Harris recently had with Dr. Nina Shapiro on the state of medicine in the U.S. and more generally. Insider’s View of Medicine Related Posts:No Related Posts
Read More
A few months ago I created a little video with the help of Judy and my grandkids, called “Cane Golf“. It was in late August, exactly three months after I had my stroke, and a little less than two months after I came home. It’s easy to lose perspective when you’re going through something like
Read More
I had this thought the other day: that being a stroke victim must be something like being in jail. You can see people moving around out there, doing (more or less) what they want, but that freedom just isn’t available to you. You think “I can do that”, but in fact you can’t. You just
Read More
Anyone who has had a stroke and has a realistic chance of recovering all or some of the faculties they’ve lost becomes something of an expert in various therapies. Of course the therapists I’ve known and worked with at agapetc.com are all sincere, dedicated and well-meaning to be sure – are pretty unanimous in saying
Read More
Last spring, May 26, 2012, my life was changed in just a few seconds. Early in the evening, after a fairly uneventul day, I had a stroke. It did not seem especially catrostrophic at the time. The symptoms, I am told, were fairly typical. A definite dizziness and disorientation – quite specific, related to an
Read More
Governments around the world spent millions if not billions of dollars fighting the great H1N1 (swine flu) “pandemic” of 2009 – a pandemic that never really materialized. As of April 2010, when the virus had essentially run its course, the total number of Canadians who had died from the H1N1 “pandemic” was 428. Compare that
Read More