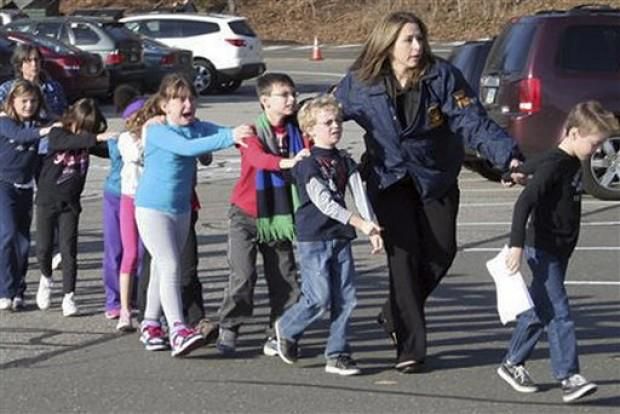 The recent horrendous slaughter of children at Sandy Hook school in Connecticut has once again sparked serious debate about gun control – mostly in the U.S., but in other countries (including Canada) as well.

A few days ago, when I went to the Christmas concert at the school where five of our seven grandchildren attend it became crystal clear to me that this debate is about much more than gun control. It is about the safety and security of ourselves and those we love. It is about doing what we reasonably can to protect ourselves against the dangerous and harmful actions of disturbed or evil-intentioned people in our midst.

When I walked into the school it was pretty obvious that reasonable safeguards had not been provided. Like most of us, school officials are pretty confident that we just don’t do crazy things in Canada. Just like the school officials in Connecticut. As far as I could tell, just about anyone could have walked into that school in Waterloo that afternoon. And they would have seen a few hundred extremely vulnerable little children.

It would not have taken an automatic rifle or rapid firing hand gun to do serious damage in that situation. Any old kitchen knife or baseball bat would have worked just fine. Granted, some weapons would be more effective than others, but that’s not really the point is it.

So, like I said, this is not really about “gun control”. Yes, that has to be part of the discussion, but there’s more to it than that. it is about “safety” and taking reasonable precautions.

When people say the only solution is to change the culture – make people less violent – of course they are correct. But the statistics indicate that is already being done. Violent crime is actually going down across North America. Changing the culture is a “big picture” solution, and, I think, a pretty unhelpful suggestion. To a large extent, so is gun control, or blaming violent videos and video games, for example.

But let’s not get all wound up looking for miraculous big picture solutions. There are smaller things we can do that will make a difference.

If it is true that giving disturbed people access to guns increases the chances those guns will be used improperly, then we need tighter restrictions so they can’t have that access. Call this “gun control” if you want, but I suspect even gun enthusiats would agree. I don’t know what those restrictions would look like, but surely there must be some way(s) to keep guns away from the disturbed among us. Americans need to stop arguing about the Constitution and start focusing on eliminating preventable acts of violence.

If it is true that a more thorough screening at the door of Sandy Hook school would have kept Adam Lanza out, then it is obvious that schools and other public venues likely to attract this kind of attack need better safeguards. Yes, the NRA suggestion that every school have armed guards roaming about is ridiculous and probably counter productive, but there is still some merit to the core of that idea.

What we have here is a relatively small number of preventable acts of violence. We need to take a careful look at all aspects of this problem and develop better practical solutions. Let’s do the things we can do, in the areas where they most need getting done, rather than getting caught up in arguments about freedom or our decaying moral values.

Everyone agrees killing innocent children is bad, so let’s deal with it.

It seems to me that violence has become mainstream whether it be gratuitous as we see on TV or be it a pulsating undercurrent waiting to erupt , if things don`t go according to plan . As populations increase , as unemployment and job dissatisfaction increase , as mental problems continue on the upswing what with the cornucopia of assorted drug and environmental factors ; even trying to get from one place to another on the roads has become an exercise in anger management . Alas , a cop on every corner ends up having even more Orwellian consequences than we face now .
The answer has to be that we just have to spend more time looking out for our neighbour and stop being so damn selfish , but I think we`ve probably gone over that particular ‘ cliff ‘ . It`s going to take a crisis of biblical proportions to reset the dial .