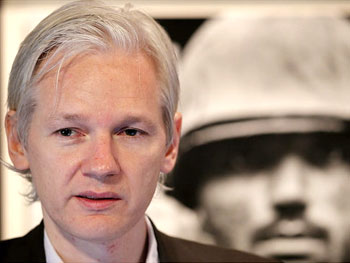 Is Wikileaks a much more sinister group than most people think? The release of sensitive (and classified) documents by Wikileaks last week was met with a relatively muted response from just about everyone. Perhaps it is because the general perception of Wikileaks is that it is an organization with what looks like an admirable objective – to reveal the truth about secretive and questionable behaviour on the part of governments around the world.

In fact Wikileaks came into existence near the end of 2006 with the stated intention of “exposing oppressive regimes in Asia, the former Soviet bloc, Sub-Saharan Africa and the Middle East, but we also expect to be of assistance to people of all regions who wish to reveal unethical behavior in their governments and corporations.”

Right from the beginning the primary mover and shaker in Wikileaks has been an Australian named Julian Assange, a former computer hacker turned activist publisher. As of early December 2010 Wikileaks had 5 full-time staff, several dozen very active volunteers and 800 part-time volunteers.

The group, and Assange in particular have many motivated followers. The Wikileaks Facebook page currently has almost 900,000 fans (or “likes”). The Wikileaks Twitter account has more than 407,000 followers. Assange is even being considered for Time’s 2010 Person of the Year. We’ll see how the perception of this guy changes as the bright lights of critical assessment are turned onto his background.

In spite of his seeming popularity, there are lots of people who don’t like Assange or Wikileaks. A quick scan of the Wikileaks Facebook page or Twitter account shows some pretty disturbing posts – disturbing to Wikileaks that is: servers being shut down, bank accounts frozen, arrest warrants issued. Something is definitely going to give.

The problem is that the group’s high-minded objectives have been turned on western governments – especially those of the U.S., U.K. and, by association, Canada. Middle Eastern countries have also been targeted. And of course there is always China.

Sarah Palin has suggested that Assange should be hunted down like Osama bin Laden and conservative bloggers like Ezra Levant have wondered out loud Why isn’t Julian Assange dead yet?

[Assange’s] obsession is to embarrass the world’s freest countries — the U.S. and U.K. And as to repressive regimes, well, put it this way, Assange says U.S. forces must remember ‘shooting the Taliban is shooting the Afghan people.’

Assange and his colleagues act like spies, not journalists. WikiLeaks could have its assets seized, just like the Taliban has. And U.S. President Barack Obama could do what he’s doing to the Taliban throughout the world.

Frankly I’m not sure what to make of the whole Wikileaks affair. Please enlighten me with your comments.

Read more about Wikileaks and Assange: Who is Julian Assange?