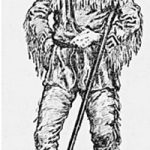 I suspect that most Canadians have heard the phrase coureurs de bois and at least some of us have a vague idea who they were and what they did. But I also suspect that very few of us know how truly unique these people were and what an important role they played in Canada’s early
Read More
If you have kids (or grandkids) in Canada between the ages of 6 and 17, chances are you spend a lot of time at hockey arenas in the winter. And it’s not just boys anymore. We have three grandaughters and two grandsons playing hockey, and keeping up with their games and tournaments is quite a
Read More 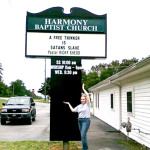 I occasionally refer to “fundamentalism” in this blog because it is a feature of attitudes and beliefs that I find particularly curious (from an intellectual point of view) and dangerous (from a political point of view). When I use the term “fundamentalism” I am referring to the general belief that there are clear and indisputable
Read More
“The Last Spike” that’s Donald Smith at Craigellachie, B.C., 1885 I was in the local Chapters book store a few days ago looking for something interesting to read and two things about their selection of Canadian books stuck out. First there is the aggravating use of the cute term “Canadiana” to classify books about Canada.
Read More
A few years ago it was not unusual to hear that leading conservative politicians in Canada were taking advice from U.S. Republican strategists – as though it was a big brother/little brother type of arrangement between conservatives in Canada and Republicans in the U.S. This was especially the case near the end of Preston Manning’s
Read More
The success of U.S. conservatives to carve out a respectable place in the hearts and minds of Americans is one of the most under-reported stories in American politics of the last thirty or forty years. It is nothing less than the gradual domination of the media by increasingly reactionary conservative pundits and spokespersons. While radio
Read More
Related Posts:No Related Posts
Read More
In this video NBC news anchor Tom Brokaw narrates an “explanation” of Canada meant for American viewers during the 2008 Vancouver Winter Olympics. Some of the cliches left out: Canada’s obsession with hockey, universal health care, much less crime and gun violence. Related Posts:Why the “Olympic Spirit” Thing is a Hoax
Read More
Another sign of the exploding Chinese economy – for 2010 GM sold more cars in China than in the U.S. Total 2010 unit sales for GM by country were as follows: 1.China 2,351,610 up 28.8 over 2009 2.United States 2,215,227 up 6.3% 3.Brazil 657,825 up 10.4 4.United Kingdom 290,250 up 1.0 5.Germany 269,061 (down 29.5%)
Read More
The Canadian Royal Family – Sorry, no Canadians allowed. There are a couple interesting articles in the National Post today (Jan 21, 2011) about the rightful place of the British monarchy in Canada’s future. As I have expressed elsewhere a few times, I think the fact that our Canadian head of state is, according to
Read More
The recent news that Target is moving into Canada by buying up most of the existing Zellers stores has been greeted by many eager Canadian shoppers as good news all around. If nothing else it will inject new life into what is basically a pretty boring store (Zellers). Long gone are the days when we
Read More
I’ve been in Florida for the last week and must admit I haven’t been following the Canadian sports scene at all. It’s a completely different world down here. TV coverage (at least where we’re staying) is good if you like “I’m 16 and pregnant” or long boring hearings on CSpan. Other than that, forget it.
Read More
In the worldwide struggle to cut the use of fossil fuels to power our cars and heat our homes, China and India along with a couple other “developing” countries are often seen by the west (including Canada) as a major obstacle to any serious attempt to cut back emissions. That’s because as “developing” nations they
Read More
I’ll admit I gave up on the Raptors last night. They were down by about 25 points and looking absolutely awful against the Pistons who colour man Jack Armstrong kept saying had trouble scoring and couldn’t defend. It was a pretty sad showing. I decided to jump around watching two or three movies instead. (There
Read More
I played what turned out to be my last round of Ontario golf for 2010 on Nov 21. Fritz and I headed down to Tarandowah and pretty much had the place to ourselves. It was about 5 C and pretty windy, but it didn’t rain, so that was a bonus. It was starting to get
Read More
Iqualuit has finally entered the mainstream of Canadian culture by opening its own Tim Hortons. It may be just a self-serve kiosk, but it’s a Tim’s and the locals love it. A local Inuit elder even lit a candle and said a prayer at the grand opening. The Iqaluit location is one of three Tim’s
Read More 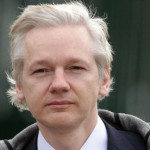 The women accusing Julian Assange of sexual misconduct were not initially wanting charges to be laid. I don’t want to dwell too much on the Julian Assange Wikileaks story, but here’s an interesting story in the National Post – Swedish women did not want Assange charged. The report says both women were associates (or admirers
Read More
Here’s a video interview of Julian Assange, the key spokesperson for Wikileaks. This video is from April 2010. It was originally broadcast on the English AlJazeera network. Believe it or not his cell phone rings near the beginning of the interview. Related Posts:Wikileaks – force for good or evil?Unamerican Canadian conservativismAssange victims not the source
Read More
Is Wikileaks a much more sinister group than most people think? The release of sensitive (and classified) documents by Wikileaks last week was met with a relatively muted response from just about everyone. Perhaps it is because the general perception of Wikileaks is that it is an organization with what looks like an admirable objective
Read More
No one familiar with the Enbridge pipeline proposal should be surprised that First Nations groups affected by the proposal have banded together to oppose it. The proposed pipeline would carry unrefined bitument from the Alberta oil sands across the Rocky Mountains to the town of Kitimat on the Pacific Ocean. Alternative route to move oil
Read More