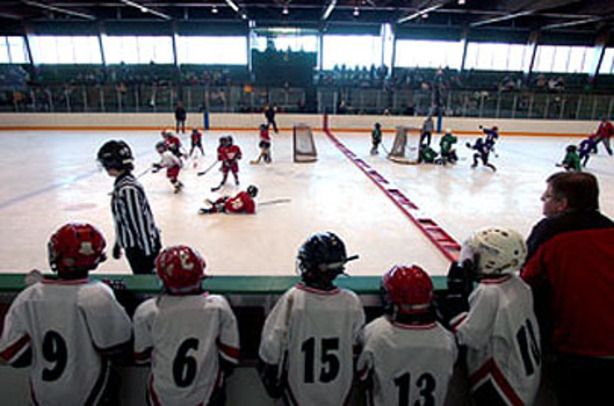 If you have kids (or grandkids) in Canada between the ages of 6 and 17, chances are you spend a lot of time at hockey arenas in the winter. And it’s not just boys anymore. We have three grandaughters and two grandsons playing hockey, and keeping up with their games and tournaments is quite a challenge.

I remember writing an article some years ago comparing baseball and hockey from a sort of historical/sociological point of view. I observed that although baseball developed as a natural progression from simpler stick and ball games in places like England, when its rules were finally formulated in the mid 1800s, the rules that were adopted were surprisingly complicated and unintuitive.

I suggested in my article that the ultimate rules of baseball were designed by people who like rules – reflective of the increasingly bureaucratic society that was developing in America in the mid-1800’s. Baseball is often described as a more “cerebral” game – requiring a higher degree of understanding and mental calculation than most games. That may or may not be the case, but it could just as well be described as being more “rule-bound”.

The same thing can be said for basketball – designed by a teacher – probably American football with its war-like motif, and most certainly ringette – that venerable Canadian hockey-substitute for girls. Ringette’s unique offside rule looks like it was deliberately designed to make a point: “This is not hockey.”

Regarding baseball, as proof of its unintuitive nature I submit a brief conversation I recently had with my 7 year old granddaughter. She is an avid hockey and soccer player, and she asked me one day what sports I played when I was a kid. I said “Baseball and hockey”. “Oh”, she said, “Could you show me how to play baseball some time?” She has never played and knows nothing about the game.

When you hand a baseball bat to a 7 year old and say, “OK, now play baseball”, unless she has learned the game from her friends or another family member, she will have no idea how to play the game. And it will take a while to explain it. Many kids in this situation do not know what to do when they hit the ball, and a good proportion of them will just stand at the plate. Others will run towards third base rather than first.

In fact, I suspect many people who watch the game fairly regularly don’t understand some of the fairly basic rules. And I’m not just talking about obscure things like the “infield fly rule”, but core rules like the “force out” rule. I suspect many casual spectators come to accept things like “double plays” or “tagging up after a fly ball”, but would have considerable difficulty describing what just took place if they were ever asked.

The rules of hockey are more “natural”

The rules of sports like hockey and soccer are different – along with other more “natural” sports like golf and tennis and lacrosse. You can quickly describe the “point” of these games, usually in one or two rather short sentences. In other words it is not necessary to understand very many rules to understand the basic “point” of the game.

For hockey: “Two teams each have a goal they protect. The object is to shoot the puck in the other team’s goal. The winner is the team that scores the most goals.”

For soccer: More or less the same as hockey, with the minor alteration: “Don’t touch the ball with your hands.”

For golf: “Use these sticks to hit the ball in the hole in as few strokes as possible.”

Now of course I know there are other rules that define what you can and cannot do in your attempt to score. Most of these rules are to protect the players from each other, keep the game moving, or otherwise safeguard the “integrity” of the game. As in golf or tennis, these are all more or less natural extensions of the game. They usually make good sense once you think about them for a minute or two.

The most important of these in hockey is the offside rule. This rule stipulates that no attacking player can precede the puck over the blue line. The effect of the offside rule is to “close down” the game – as opposed to “opening it up” as would happen if the rule did not exist. By “closing down the game” I mean it forces both teams to play within confined spaces on the ice. It concentrates play (perhaps unnaturally) within specific zones. For example, it prohibits offensive players from sitting in front of the opposing goal waiting for a pass from her teammates.

Why this is thought to good I’m not sure. It is certainly not necessary. When my friends and I used to play pond hockey we got by just fine without a blue line. Basketball, for example, and some popular versions of lacrossse – both of which are similar in some important respects to hockey – do not have an offside rule.

What started me thinking about this again was watching my granddaughters play this past weekend. From what I can tell most little girls do not understand the offside rule. Probably a lot of their parents don’t either.

The issue is compounded by adding the “delayed” offside. Two or three attacking girls approach the blue line. The puck carrier hesitates for a second or two. The other two cross the line, and then the puck carrier shoots the puck in putting them offside.

The linesman then sticks her arm up in the air and, more often than not yells at the offending players to clear the zone. Everyone else is yelling at them too – their coaches, the parents (at least the ones who know what is going on) and often their teammates (if they know what is going on.)

The offending players eventually get the message and move back to the other side of the blue line. Then the same people who were yelling at them a few seconds ago to clear the zone start yelling at them to get back in and chase the puck.

Now I’m well aware that probably 95% of hockey people will argue “The players will have to learn this rule eventually anyway, so why not as early as possible?” But I think they just haven’t adequately thought that statement through.

First, if there were no offsides for little kids they could postpone having to learn the rule till they were 10, 11 or 12. Letting little kids play pond hockey instead of “real” hockey would be a more difficult transition for coaches, organizers and parents than it would be for the players.

The “upside” for the players is that the game would be more fun, kids could free wheel more, and there would be much less confusion over rules intended for older players. It’s true that the referrees would not have as much (or enough) to do, but that, presumably, would be a good thing.

Then when it comes time to play “real” hockey with all the official rules, it would probably take them no more than one or two shifts to adjust to the change.

If you think that is being overly optimistic, here’s an example of what I mean. When I was a kid in grade three or four we used to play baseball on the well-worn diamond behind the school. We rarely had umpires, and we had some unique rules. Two that I can remember: “Over the fence and you’re out”, and “Four foul balls and you’re out”.

Both of these (and others I can’t remember) were designed to keep the game moving and were easy to enforce, so they made good sense.

The point is, when I switched to “real” baseball when I was about 12 understanding that those “special” rules no longer applied was not difficult at all. We just played by different rules. No problemo. Kids are probably better than parents at learning and adapting to “the rules of the game”. But when certain rules don’t make sense, or don’t serve any good purpose, or actually detract from the enjoyment of the game, it’s probably time to try something different.

Thanks for the comment Rick. I agree some rules are “basic” to the playing of any game. Even on the pond there are obvious rules – such as “don’t shoot the puck in your own net.” But applying some rules at some levels and in some circumstances can be counterproductive. That was my point. Rules should not stand in the way of the main object of the game – usually, simply to have fun.

Kids do tend to pick up a game if they are taught early in life, so kids should begin hockey training at a young age so that they get plenty of time to decide whether they are serious about pursuing the game and making a career or just want to play for fun. I believe that they should be taught at least the basic rules when they are young so that it becomes easier for them to pick up the others as they grow up. I enrolled my son into a good hockey training school. He has fun and has learnt the rules and techniques of the game. 🙂