Here is an interview with Mary Simon, leader of Inuit Tapiriit Kanatami. The interviewer is Nick Taylor-Vaisey of Listen to This a Canadian podcasting online magazine. They discuss things like climate change, health and social services for the Inuit, education in the Arctic, and the ban on seal products by the European Union. Here is
Read More
Ah yes, the Omar Khadr story. How long has it been going on now? Since July 2002? Is it really more than 8 years? And now this storey is finally coming to some kind of resolution. Early on in his stay in Guantanamo Bay Omar Khadr became something of a poster child, especially in Canada,
Read More
“Canadian icon Gordon Pinsent” reads from Justin Bieber’s memoirs. Very inspiring. Related Posts:No Related Posts
Read More 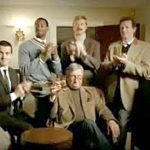 In an insightful article in This Magazine Graham F. Scott argues that the current concern with the loss of male masculinity is, in his words, “horseshit”. As he says, “My hackles go up when those who are obviously powerful claim they are powerless.” The kind of media coverage he’s talking about are studies that show
Read More
In this video from early September Kory Teneycke, then a VP with SunNews TV and a former top aide to Stephen Harper, and Ricken Patel of Avaaz.org square off over the application by Sun media to the CRTC to start a cable news station called SunNews. The proposed new station has been dubbed “Fox News
Read More
The name Conestogo (or “Conestoga”) of our village in southwestern Ontario derives from a location in Lancaster County Pennsylvania located in the southeastern part of that state. This name was transplanted from Pennsylvania to the Waterloo region of Ontario because many of the original settlers of the Waterloo area came from Lancaster Country. Conestoga in
Read More
Bitumen has been flowing naturally into the Athabasca River for thousands of years. This is the way most of us think of the Alberta oil sands: humungous equipment and open pit mining. Surmont project north of Fort Macmurray – Newer projects in the oil sands do not use open pit mining. Most Canadians are blissfully
Read More
This week Apple CEO Steve Jobs criticized his main competitors in the smartphone market place – RIM and Google (owners of the Android operating system). Legions of Apple lovers hang on every word from Jobs, and that includes many journalists and bloggers. So it is no wonder that this story got a lot of widely
Read More
The future king and queen of Canada? In an article published in the Nov 13 2009 issue of Macleans magazine Andrew Coyne, Maclean’s editor made a valiant attempt to Defend the Royal Family and the monarchist status quo in Canada. Sorry to dredge up this (relatively) old article, but I thought it was relevant given
Read More
If you’ve followed the career of comedian Steve Martin you’ll remember some of those early stints where he would fire off a mean riff on his banjo. Well SM has been touring his banjo talents over the summer. The gig mentioned below (in Montreal) is long over, but he recently appeared on the CBC Radio
Read More
I’ve recently been searching for blogs focusing on Canadian politics and history. This is something I hadn’t actually done until a few weeks ago. Searching in Google doesn’t turn up much. There’s a few of the usual rant-style blogs modelled on US talk radio shows. The point of these blogs seems to be to whip
Read More
The failure of Canada’s political elite to cut formal political ties to Britain is an insult to Canadian independence and should be an embarrassment to all Canadians. This once again became apparent in the installation of our new Governor-General, David Johnston. Not that I have anything against David Johnston. He seems like a very nice
Read More 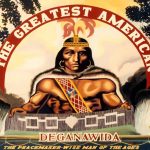 I am currently doing some research into the history of the Grand River land grants made to the Six Nations after the U.S. Revolutionary War. The village of Conestogo sits on these lands – not to mention many of the cities and towns up and down the Grand River Valley: Kitchener, Cambridge, Brantford, Elora, Fergus,
Read More
The Ontario Municipal Board (OMB) has been around for a long time. It was established in 1897 by the Province of Ontario as the “Ontario Railway and Municipal Board”. Its role was to oversee the finances of municipal governments and supervise and coordinate the expansion of the railway system between different municipal jurisdictions in the
Read More
In this video guitar teacher Mark Easley explains how to play the Beatles “In My Life”, one of the more touching and enduring tunes created by the famous group. Mark is not the world’s best singer, but his approach to the song is simple and straightforward and relatively easy for a “beginner” like me to
Read More
In this interview author Charles C. Mann discusses some of the “myths” about North American pre-history that he exposes in his recent book, 1491: New Revelations of the Native Americans Before Columbus. Disclose.tv – 1491: Interview w/ Charles C. Mann Video Some of the more important assumptions challenged by the “revelations” in the book are
Read More
I wanted to get some pictures of early fall colours at Glen Abbey in Oakville, Ontario this morning. Unfortunately it was quite dark and dingy and was raining most of the time while we were playing. #3 green take from the tees at #1 Once again I forgot my better camera, so these pictures were
Read More
We headed over to Toronto a couple of nights ago to the Blue Jays final home game of the season against the Yankees. It was Cito Gaston’s final home game before his retirement as manager of the team at the end of this season. The crowd at the game was one of the larger ones
Read More
Back in 1997 Blue Springs Golf Club was the first “championship” course I had ever played. I can still remember the feeling I had for the place. I could barely believe I was actually playing golf at such a beautiful facility. Looking back on #10 fairway at Blue Springs. This is the Championship course. Just
Read More
Congratulations to Jose Bautista for hitting his 50th home run of the season today. The Toronto Blue Jays’ right fielder and 3rd baseman has been the story of the year for Blue Jays fans. Related Posts:Dominican supremacy in World BaseballHockey Rules and Little KidsBlue Jays Cito Gaston Appreciation Night
Read More